By October 1, 1946, the Anglo-American system of jurisprudence was completely dead – a forerunner for the nations. Today, in America (and the UK), we have two systems: 1) a “justice” [SIC] system for us, used selectively to herd the serfs about, and; 2) a “just us” system for our betters. Of course, the Senators did nothing wrong.

A spokesman for Sen. Kelly Loeffler, R-Ga., confirmed that she had been informed that the Justice Department had dropped an inquiry into her trades and called the allegations “politically motivated.”

Rare or unknown is the courtesy of an inquiry-dropping notification. But, again, they’re special. They really are: Kelly Loeffler looks like Giraffe Barbie; Dianne Feinstein missed her appointment that day with Dan White, and … I’m surprised they let Inhofe off while keeping the pressure on the Burr (up NC’s butt).

No wonder people are cracking up.

That odd instance when one agrees with Tim Kaine.

“We should not be at war with Iran unless Congress votes to authorize such a war,” Virginia Democratic Sen. Tim Kaine, who introduced the resolution said, according to CNN. “While the President does and must always have the ability to defend the United States from imminent attack, the executive power to initiate war stops there. An offensive war requires a congressional debate and vote. This should not be a controversial proposition.”

It should not, but it’s not all that relevant anymore. It’s the age of the Empire and the Empire is almost finished. I smell another veto. But, the vote was nice.

Reverse this vote, and I think you may have the vote for-against removal. A far cry from a supermajority, they’re not going to even have an ordinary majority.

Senate Republicans rejected Democrats’ demands to call new witnesses and documents in President Trump’s impeachment trial, clearing the way for an acquittal on abuse of power and obstruction of Congress charges next week.

The 51-49 vote late Friday afternoon represented a major victory for Republican leadership, which has sought to complete the trial as quickly as possible and avoid testimony that could be politically damaging. Democrats had spent weeks calling for the Senate to subpoena former national security adviser John Bolton and other officials, seeking testimony about Mr. Trump’s efforts to press Ukraine to launch investigations that could benefit him politically.

Two Republicans, Sens. Mitt Romney of Utah and Susan Collins of Maine, joined every Democrat to vote for the Senate to call in new witnesses. The GOP controls 53 of the Senate’s 100 seats.

Under a resolution that Senate Majority Leader Mitch McConnell (R., Ky.) introduced late Friday, the impeachment trial will break for the weekend and resume Monday at 11 a.m. EST for four hours of arguments. After those arguments, the trial will adjourn again, giving senators the opportunity to speak on the floor about the charges before returning for a vote on the articles of impeachment at 4 p.m. on Wednesday.

Longer deliberations usually (well, sometimes) bode well for the defendant. These have been going on for four years. Interesting that the State of the Union speech is supposed to come on Tuesday.

Probably not. But, the Senate impeachment trial is up and running.

Schiff, standing in the well of the Senate usually reserved for senators, began reading the resolution, “Impeaching Donald John Trump, president of the united states for high crimes and misdemeanors.”

Later in the afternoon, Chief Justice John Roberts was to administer the jurors’ oath to senators who swear to deliver “impartial justice.”

Yawn. Now, back to lunch.

Great, but a century late.

He says he’ll kill the bill after Senate GOPers cave (as usual) on national security and sovereignty.

The chamber comfortably passed the measure in a 59-41 vote. Twelve Republicans who worried about executive overreach supported it in an embarrassing blow to the president.

Trump plans to reject the bill, which the Democratic-held House has already passed. In one tweet after the vote, he simply said, “VETO!” In a subsequent message, he said he looks “forward to VETOING the just passed Democrat inspired Resolution,” thanking Republicans “who voted to support Border Security and our desperately needed WALL!”

I’m serious about the pen question. Will he follow through? So far we have zero wall. Will we get zero veto?

The invasion really is an emergency. Maybe it’s time to treat it as such.

Things are heating up in the District of Corruption. My offbeat guest last week offered some interesting insight into life and times in the Swamp – along with a glimpse inside the mind of a schizophrenic. One thing really stood out as a panicked admission: “The deep state is in trouble.” Yeah. More than she, you, or they believe.
Unless you’ve been under a television soaking up the NCAA/NFL opiates, you know that the Senate is currently in the process of vetting Supreme Court nominee Brett Kavanaugh. Kavanaugh will be confirmed here shortly. And he will be (should be) as good a Justice as one could expect at such a late hour.
…

READ THE WHOLE ARTICLE AT TPC 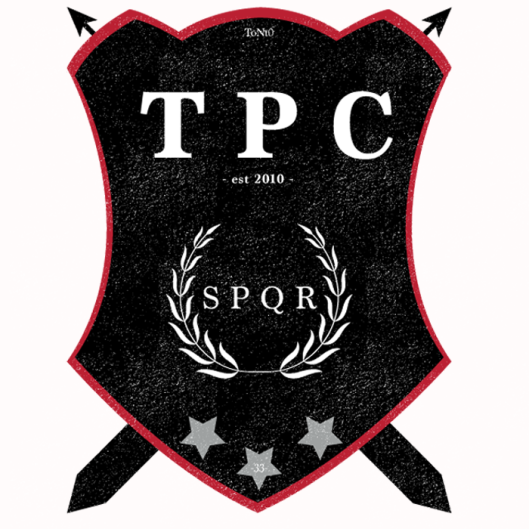 I just had one of those delightful laughing fits that almost brings out the tears. It’s not everyday one gets amusement and a first-class historical reenactment. One has to make the most of it – thus, I share it with you. Rejoice! 2,000 years and nothing changes.

That was or was supposed to be the beginning of today’s Senate committee session in re the confirmation process of Judge Brett Kavanaugh. I don’t need to narrate anything. Corruption, ineptitude, and chaotic idiocy vibrantly displayed. And then! Then the SJW fools in the back commenced the “REEEEEEEEE!!!!!!!!!” hysterics literally as could have been scripted by Vox Day.

All of this should have been expected. The collective shenanigans are nothing to worry about. THIS is exactly the way it is today.

What touched my mind and heart was the knowledge that this is also the way it was, way back when.

Fans of Tacitus, you may recall the hobby sport of Tiberius – observing the flailing, wailing proceedings of the Roman Senate. In the true, laughable, and often heard words of the Emperor: Nisti Servitus!*

They need a man in a top hat with a whip. Maybe some clowns and monkeys. I see that no one has any popcorn.

*Yeah. Yeah. Yeah. He may have said it in Greek. Lemme know if you were there…

The Zuck is on the Hill, facing off against a panel of Senatorial Congress Critters:

Some of the toughest questioning so far comes from Sen. Lindsey Graham, who pushes Zuckerberg on whether Facebook is a monopoly.

When asked straight up whether Facebook has a monopoly, Zuckerberg responds “It certainly doesn’t feel like that to me.” The response is met with some gentle laughter.

Graham stays on him, also asking about European regulations and if those rules are right.

“I think they get things right,” Zuckerberg responds, followed by a few more light chuckles.

Chuckles aside, ask yourself this: “When has government regulation ever worked out all that well?” And I’m talking from a freedom of action perspective.

As big, bad, intrusive, and even dangerous as Facebook may be, I’m not aware of them, or any other Social, ever putting a gun to anyone’s head to compel usage, payment, or actions. I could be wrong; I would have asked about it had I been there…

The same cannot be said for government, any government. They have been known to point and click with guns and worse weapons. The State is force. Period.

Facebook, and all the socials, already fall under one form or existing regulation or another. There’s a reason Zuck is being so polite and helpful seeming today. He knows that, with 55 million or 80 million privacy violations, Facebook could be FTC fined out of existence. It won’t be but it could be.

Rather, I see a bunch of Uniparty animals chomping at the bit to further intrude into the internet – for our good and safety and all of course. Is that really what we need?

I assume the answer from most Americans is a big, blank, unconcerned, drooling stare.

Zuck it up. Drudge.

AG Jeff Sessions testified today before a Senate panel. They discussed A LOT. They talked about Russia. Then Russia again. This was followed by further talk about Russia.

Then they talked about drugs, specifically opioids. They say we have an epidemic of abuse and fraud in America. And, the low-caliber, tax-feeding nature of these discussants aside, we really do.

Last year something like 70,000 people died from taking and/or abusing opioids – either the doctor blessed kind or the cartel brews. That’s a lot of bodies: about 280 times as many people killed by “assault rifles” and about 6 times as many people killed in all murders combined; about twice as any people as were killed by “assault” automobiles.  Yes, yes, 70,000 is less than 1/10th of the numbers killed annually by either sugar or abortion, but this is about Sessions’s comments on the dope.

His full (and I mean 3+ hours FULL) comments, here:

All this has me thinking – this is a very serious and deadly subject. Maybe we should declare a war. The War on Drugs™! We’ve never tried anything like it so what could it possibly hurt?

After all: our war on poverty completely eradicated all poorness and suffering; our war on terror has eliminated all violence throughout the Middle East and from places like New York, London, Nice, Berlin, Orlando, Paris, and Minneapolis; our wars in Korea and Vietnam removed all traces communism from Asia; and our war on monetary policy has forever halted the down parts of the business cycle. And, all of these were achieved quickly and for very low cost.

As a first step I would recommend making drugs illegal.

As an interim measure I might make a dog and pony show of pretending to crack down on powerful special interest groups. Maybe a few show trials.

The last thing I would do is try to figure out why on Earth 70,000 citizens and residents of the greatest nation in the history of the world would feel desperate enough to resort to mind and body-killing narcotics as their (perceived) only way out. No sense in that.