Larry Romanoff offers another better possible explanation for the COIVD Hoax. His new and detailed theory is similar to what Ron Unz has been speculating about and what I theorized almost two years ago.

All throughout the hoax and war, Larry kept rather meticulous records in a database. Putting the information to work led him to some interesting observations and questions.

However, to the point at hand. The theory being examined here is that COVID-19 may have been deliberately released not only in China but in all countries, that the source of the pathogen was the US bio-weapons labs scattered around the world, and that the transmission mechanism was US military bases. The evidence for this theory is largely circumstantial, is admittedly spotty and some of the threads are quite thin. Nevertheless, these shortcomings do not of themselves negate the possibility so let’s look at what we have. I would add here that Ron Unz has written a number of flawless articles on this topic; my only point of disagreement is that I don’t see COVID-19 as a “China-only” enterprise that somehow escalated out of control. My personal conviction is that the entire world was the target from the outset.

Read the whole thing. It makes a lot of sense, certainly more than anything the MSM and the likely guilty parties behind the hoax and crimes have ever offered. Also, keep an eye on the Russian revelations about exactly what was going on at Fauci’s little germ factories in UA. This potato has the potential of getting really hot really fast.

I’ll admit that this one may need to grow a little on me. But, the boys have added more talent – Chris Hawk on guitar!

If you’ve listened to Darkstream (UATV) episode 788, Ride It Out, then it’s the same Hawk who did the really cool guitar amp-up of “Sweet But Psycho.” Both tunes come along towards the end of that particular show. By the way, “sweet but psycho” or the alternate line “hot but psycho” perfectly describes most of my former … never mind. Just listen to the tunes. 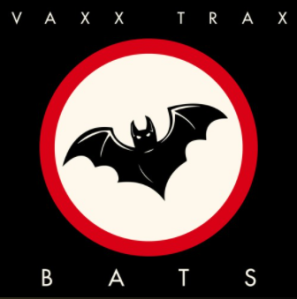