When I read that headline, my first thought (as a member of the banned class) was: “good!” After all, if lunatics don’t want you at their party, what’s the loss? They’re lunatics. I still understand some are upset.

*Note: for this story just substitute “UK” with “United States”, or “Canada”, or “The Western World”. *Another note: by “Liberal” in my title I mean communist/fascist leaning statists of the modern variety, not classically educated people. *Note the third: by “Bigot” I mean bigot.

News that a university lecturers’ union has banned straight, white men from attending their equality conferences in a bid to create “safe spaces” is deeply depressing.

University and College Union equality conferences are held exclusively for women, LGBT, ethnic minorities or disabled people, and members must declare their “protected characteristic” when applying to attend.

Surely UCU can see the irony of hosting an equality conference where – as George Orwell wrote – some are more equal than others?

Who in his right mind would want to attend this BS session and who is offended by being banned from the same? The Men of the West (such few as remain) don’t need “safe spaces” or a “protected characteristic”. This phenomenon is spreading (rather, it has spread) like wildfire to almost all college campuses. Ironic, yes. The liberals whine that white men have “privilege” because some people feel the need for safe spaces and the like. The others need special attention and the absence of white men in order to function. Maybe that’s an admission that we deserve the privilege.

Consider that, without the dreaded white man, the campus at UCU (London) would look less like this: 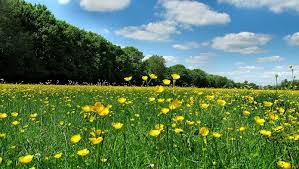 If, by extremely odd chance a school did develop without Big Bad Whitey, the “women, LGBT, ethnic minorities and disabled people” would probably congregate somewhere like this: Accordingly, a little thanks might be in order. And, as I see a ban from this nonsense as a high compliment, all is well. Actually, nearly all the schools and much of society is in free-fall collapse into some Stone Age abyss. Anyway, at least we know we’re not wanted in the abyss…

*Further notes: 1) that first picture is Imperial College and not UCU; 2) the countryside is very pretty in its natural state, and; 3) yes, 99.9% sure WE built that hut 10,000 years ago. Just illustrations, folks.

1 thought on “Scratch a Liberal, Find a Bigot”