The Memorial Day weekend of 2019 has passed us by. Summer approaches. All across the Several States, mortarboard-wearing students graduate from the high schools. Many have had their intellectual faculties turned off since fifth grade, disengaged as much by the education system itself as by hormones, peer pressure, or electronic distractions.

In his 2017 book, Out of the Ashes: Rebuilding American Culture, Anthony Esolen noted two primary problems with America’s government school system: “There are only two things wrong with our schools: everything that our children don’t learn there and everything they do. The public schools, with their vast political and bureaucratic machinery, are beyond reform.” Ch. 3, pages 68-69.

His suggestion in the same paragraph I had already taken action on, even before reading the same – my own mission in partibus furibundis. But, the raging may as well have been against Stone Mountain; I’m worn out and it’s still there, unchanged.

A burrito is a terrible thing to waste… 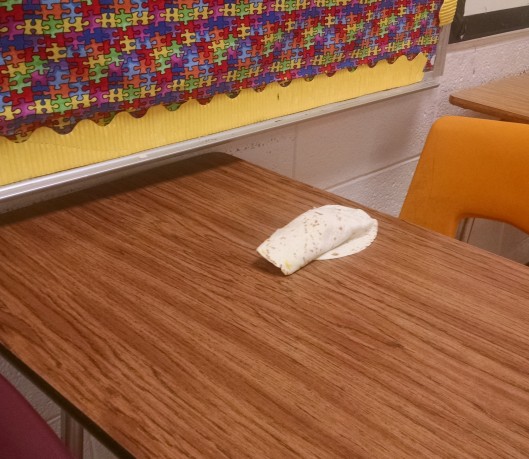 Esolen’s observations are correct. Last year, before I commenced my grand experiment (of which, more will be revealed sooner or later), I had already reached a similar conclusion. I presented some novel suggestions in the spirit of remediation. To those I now add proposed solutions to address Esolen’s dual issues.